Everyone remembers his or her first day of school: walking into a kindergarten classroom, meeting their teacher and other kids, holding on to mom crying, or being excited to finally be able to go to school like older siblings! Each experience is unique, just as is the concept and history of kindergarten. 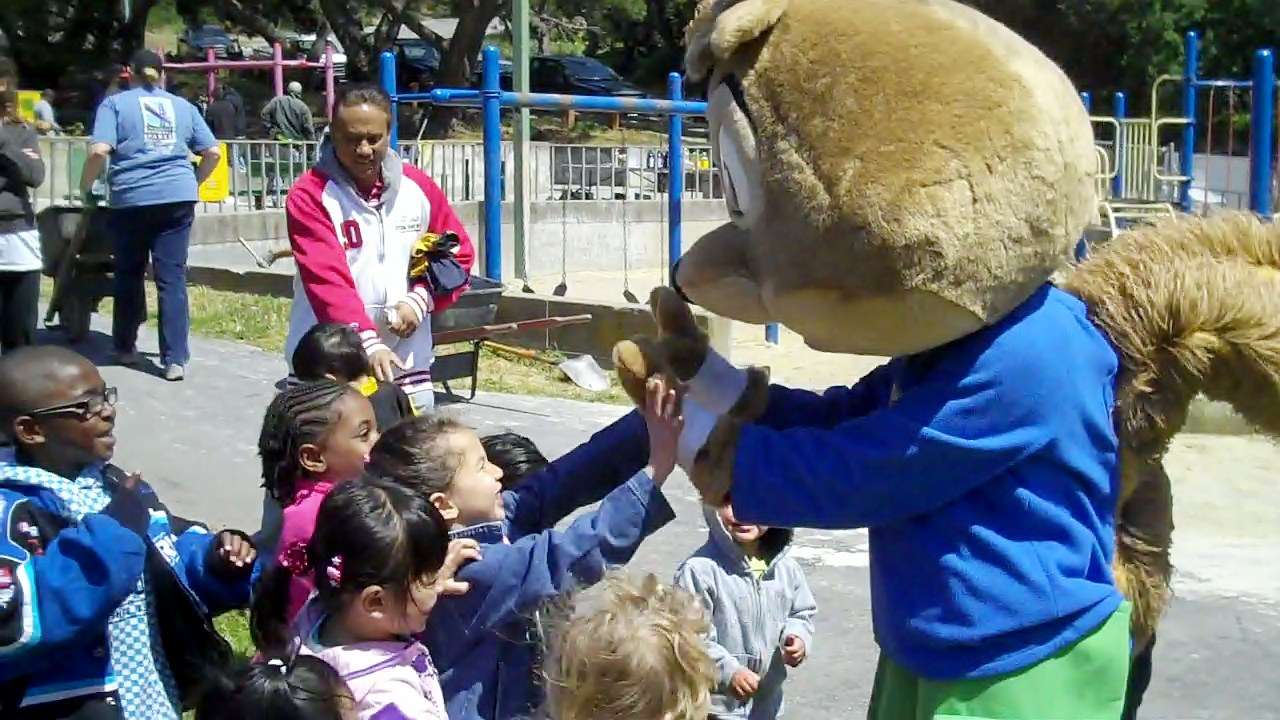 Transitioning from Pre-school into kindergarten is a big step for your child’s education and development. It’s a place for your child to establish social-emotional skills and work with their peers. So where did the concept of kindergarten originate?

The history of kindergarten begins in Germany before it was establishment in the United States. Our story starts with German born Friedrich Froebel who lost his mother at the tender age of one in 1783. His stern, minister father tried to educate him growing up but Froebel never found academic appreciation until his college years. Froebel’s interest in education sprouted while studying under Pestalozzi, a Swiss Education reformer. Froebel later joined the German army in 1813 and after the war was over, he began his education career caring for his brother’s orphaned children.

By 1817, Froebel had established a school in Keilhau, Germany, incorporating some of Pestalozzi’s ideas but emphasizing our unity, stemming from God. Being raised in a religious environment with many family members as pastors, he believed that God’s reason should be the center of the educational system (Shapiro, 1983). “Education consists in leading man, as a thinking intelligent being, growing into self consciousness, to a pure and unsullied, conscious and free representation of the inner law of Divine Unity and in teaching him ways and means thereto” (Froebel, 1974, p. 2).

20 years later, from Froebel’s description of children as plants and teachers as gardeners, the term Kindergarten emerged, kinder meaning child and garten meaning garden (Headley, 1965). The teachers, called kindergarteners, were called to educate the children from the earliest years through their own experiences to become integrated and whole people (Froebel, 1967a). 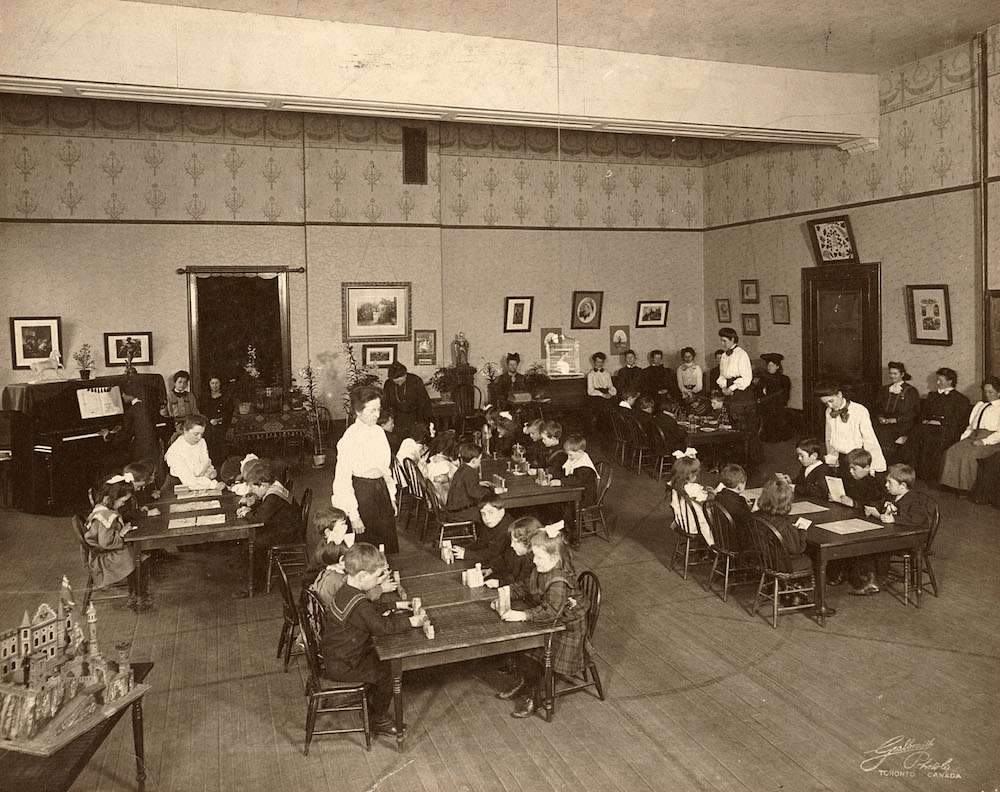 Like our Chipper philosophy, Froebel’s school emphasized play and he felt that children should learn through play. After ten years of refining his concept of kindergarten, he described 20 gifts or “playthings” (like educational toys, songs and finger plays) given to the children by God to help them grow, develop, and allow them to learn through handling the gifts freely and without structure. Froebel also wrote about the three principles of social imitation, learning through expression and systematized play that were incorporated into his kindergarten. Learn more about Froebel’s influence on education here.

Many Germans fled to the US during their revolution in 1848 and thus the concept of Kindergarten took root in the states via Carl Schurz and his wife Margaretha Meyer Schurz. Mrs. Schurz had studied in Germany under Froebel and opened the first German kindergarten in 1855 in her home where they had immigrated to Watertown, Wisconsin. After meeting with Mrs. Schurz in 1959, an Elizabeth Peabody (the namesake of our Brown Bear friend and teacher Peabody!) opened the first English speaking kindergarten school in Boston, Massachusetts a year later. She later went to Germany to study under Froebel and perfect her curriculum.

By the 1900s, the kindergarten movement had become very progressive and the kindergarten was child-centered and kindergarteners (teachers) were in charge of the spiritual, physical and moral development of the children. By 1914 every major city in the United States had established public kindergartens (Ross, 1976). Through time, the main concepts of kindergarten shifted from social reform to a behavioral emphasis.

By the 1960s, the main objective of kindergarten was to help the child adjust to the new social environment of the school from the home. The cold war race also put an emphasis on preparing children for later academic success. To close the gap between the students of high and low socioeconomic backgrounds, kindergartens were built in low socioeconomic areas (Weber, 1969). Educators also felt that a new rationale and methodology were needed in the kindergarten curriculum to close this gap. They felt that early education was the remedy for American poverty (Shapiro, 1983). 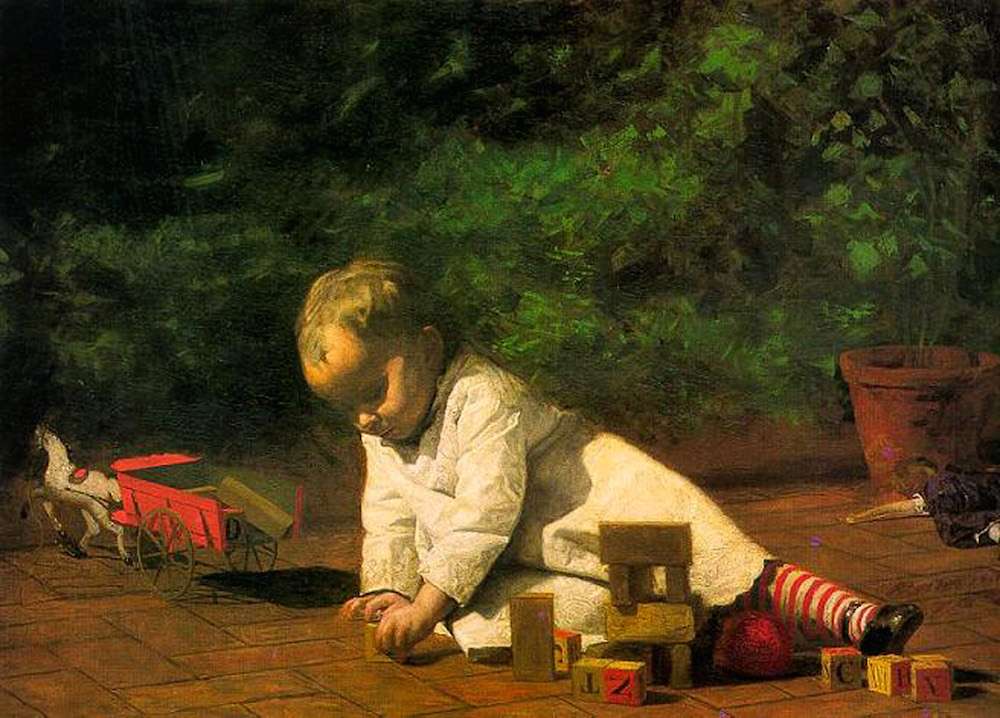 By the 1980s, enrollment of all five year olds had risen to 96%, and every state had public kindergartens. Today, kindergarten curriculum is a full-day cognitive based program that includes reading, writing, and technology in the classroom and in the curriculum. Kindergarten is no longer be seen as a place to get ready for school but rather a place to learn, develop and grow like the little plants Froebel called them.

Our main concern with today’s early-childhood education system and kindergarten curriculum is that children who may be academically ready to start school may not have the social skills needed to be successful. Froebel began the first kindergarten to allow children to socialize while at the same time learn concepts needed for school. We need to return to this notion of Kindergarten. That’s why Let’s Go Chipper has developed tools and programs like our Helping Hands Kit to help parents and educators develop their children’s social and emotional learning. Academics are very important, of course, but a child can’t reach their full academic potential without having the social, emotional skills needed to utilize those academics in real world settings. 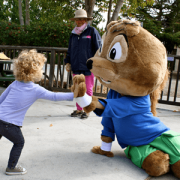 A Time to Give: 5 Ways to Contribute

Back To School – Bookmark It!

Summertime and the Grilling is Easy