With a new year comes new life! Salmon spawning season has officially begun and grizzly bears, bald eagles, and sport fisherman couldn’t be more excited. Salmon are not just tasty to eat though. They are important to our Eco-system and very unique aquatic animals. Salmon (derived from the latin term salmo which means leaper) have one of the most interesting life cycles of any animal on earth!

Born in a fresh water stream and then migrating into the ocean to live in salt water, they migrate for thousands of miles before returning to their natal stream to spawn (or lay eggs). This behavior is called anadromous, and salmon are not the only fish that are born in fresh water and spend the majority of their lives in salt water. Sturgeon, trout, and many other fish do the same thing. In South American Rivers, sharks are also anadromous.

So what makes the salmon special then? Pacific salmon are unique in that spawning is the last act of their life cycle. One of the most remarkable things about salmon is how they manage to find their natal stream after spending years in the ocean migrating for thousands of miles. Some studies have indicated that smell is a factor that enables a salmon to hone into the stream it was born in. Other studies indicate that the brain of the salmon is sensitive to the magnetic field of the earth and that this may be a factor in the homing instinct. Regardless of the mechanism that enables a salmon to do this, their ability to find the origin of their birth after migrating thousands of miles from home is truly a remarkable feat.

Salmon undergo a physical transformation during their transition from the saltwater environment back to the freshwater home of their birth. This transition affects the appearance of the fish very radically. Not only do they stop feeding, but they also undergo a color and shape change. The male salmon typically forms a curved mouth (called a kype) with large canine like teeth. The males of some species form a hump on their back during their transition. The female salmon do not undergo such a radical shape change, but do undergo significant color changes.

During the spawning migration up river, the male of the species takes the role of protector and attempts to gain the favor of a suitable female. To the fisherman, this means that the male fish are more likely to be aggressive and strike a lure or bait that intrudes his territory. Females will also strike lures and baits, and we can only presume that this is due to a similar protective trait, or an instinct to continue feeding.

Once a dominant male and female fish have paired up for mating, the female begins to clean a well-oxygenated gravel bed by scouring it with her tail in sweeping motions. The female will select an area in the stream bed that has an upwelling of water through the gravel. A spawning bed, called a redd, can be approximately 2 to 10 feet long and 1 to 6 feet wide, depending on the size of the fish.

It should be noted that by the time fish are ready to spawn, their eating quality has severely degraded. Salmon flesh that was once red, is now be white and mushy. In every state, it is illegal to disturb spawning fish. The best eating fish are those fresh out of salt water and not the fish that are ready to propagate the species.

After the eggs have settled, the female swims upstream and sweeps the river bottom with her tail to cover the nest of eggs with clean gravel. The female will then proceed to dig another redd at a nearby location and the male will accompany her to protect the area. Learn more about these amazing creatures in the video below and see live salmon runs at Spawn USA. 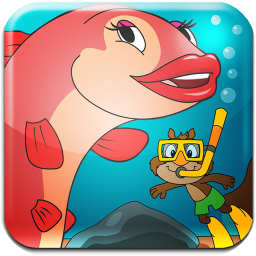 Join Sally as she adventures from fresh water to salt water and back again to teach Chipper about the life of a salmon, science and nature. It’s a magical journey through streams, rivers, and up fish ladders to the sea. Chipper and Sally help grow little ambassadors of nature into future stewards of the environment.

Part of the award-winning series, Let’s Go Chipper!™ Into the Great Outdoors, Sally the Salmon is an eco-educational adventure inspiring respect for nature in young children. For teachers the story is correlated meeting national academic standards in science, social skills, and arts & literature.

Kids listen and watch as Chipper, the squirrel along with Paisley, and Rusty, go below nature’s surface to explore the sea. The playful lessons include learning about habitats, salmon and underwater life, recycling, environmentalism, and the importance of keeping our waterways clean. Let’s Go Chipper this spawning season! 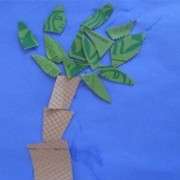 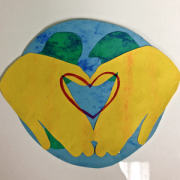 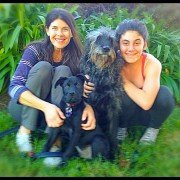 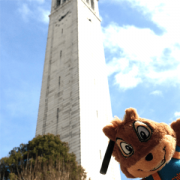