Many of us now agree that spending the few extra dollars on organic produce is worth it to keep our bodies and our kids healthy and safe. How much does it really matter though? According to the Alliance for Food and Farming  (AFF), buying organic matters quite a lot, especially over the long term. A number of pesticides used in conventional farming that were deemed “safe” by the government are regularly taken off the market once the government realized that they weren’t safe after all (the most well known case being the largely used DDT pesticide revealed to cause cancer in the 1962 book Silent Spring by Rachel Carson).

The evidence grows each year, proving that many chemicals and pesticides used on conventional fruits and vegetables causes harmful effects to humans and the environment. For example, expectant mothers who have elevated concentrations of certain pesticides in their bodies have shown to give birth to smaller, earlier babies (Rauch et al. 2012). Also, a 2010 study found that children with the highest body measurements of insecticides had a double risk of ADHD (Bouchard et al. Pediatrics 2010).Though there is continued pressure on the government to more thoroughly research and regulate what is used on our food, it is an uphill battle against chemical company lobbyists and the old habits of the ailing food industry. Research on human health and pesticides is complex but it has confirmed that eating organically grown food significantly reduces pesticide loads in people’s bodies, thus lowering their risk for cancer and other pesticide-related illnesses. Reducing the amount of synthetic pesticides that get stored up in blood and tissue, and having a relatively lower build-up of toxic chemicals in your body overall, is bound to be a good thing, especially for your long-term health.There are no simple answers—both the organic and conventional versions of all produce on the market are safe to eat. But the organic versions are likely a safer choice over the long term when you consider factors such as body size (small children are more vulnerable), specific residue levels (avocados are low vs. strawberries are high), the number of different pesticides used on a particular crop and how much you eat of products with the highest levels. For example, there is a real difference between organic and conventional strawberries: Testing by the U.S. Department of Agriculture found 13 different synthetic pesticides on a single conventional strawberry—not one of them were found on an organic strawberry. As Chipper would say, “It’s better to be safe than sorry!” Plant your own garden and eat organic food as much as possible to live a long, healthy life.

Here’s an alternative pesticide recipe for farmers, gardeners, or anyone with a backyard!

How To Make An Organic Roundup Replacement (Courtesy of Hippocrates Institute)
Vinegar is a fantastic weed killer. It is non toxic, biodegradable, readily available, and it is cheap. Go to your local grocery store and purchase a gallon of white vinegar. It usually sells for around $3. You can find a heavy duty squirt bottle at your local garden store. I recommend buying a good one, as the cheap ones do not last. For a few dollars you can buy a quart sized bottle that should last at least a year. Fill up with straight vinegar, do not dilute. Use this to spray directly on weeds that you want to get rid of. Some pesky buggers may require 2 or 3 applications.You can also use this in place of bleach. I have a couple spray bottles and have one in the garage labeled weed killer, another under the kitchen sink labeled disinfectant.It works well, its cheap, and its all natural, You will not be poisoning the earth, risking cancer, or supporting Monsanto 🙂 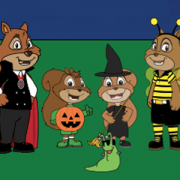 10 Steps for Taming a “Tantrum” With Love

Chipper Tips: Back to School made easy!

Green before Sweet, Can’t be Beat: 10 ways to get your kids to eat their...