Sometimes what we’re looking for is at the end of our nose, right in front of us, or right outside our front door. So the saying goes!

I travel to New York more than a few times a year and, no matter what the occasion; I always take a stroll through Central Park. It amazes me: lush, natural, an island in a sea of sidewalks and skyscrapers; it is the perfect setting from movies to marriages. Even with mountains just beyond my front door in Marin, I always think how lucky New Yorkers are for having Central Park.

Recently I was presenting the Let’s Go Chipper!™ series during the New York Green Expo and a father mentioned how living in NY keeps his kids from experiencing nature. He happily purchased every product we had on display to the delight of his four year old, flipping through the pages of “Out to Sea with Sally!” I mentioned that he had one of the most amazing open spaces in the country and, in fact, Central Park launched the urban parks movement in the mid 1800’s. Oh, the things that make you go “huh.” “Central Park is for the tourists,” he replied.

Needless to say I was up on my soap box, momentarily, to confirm with this father: his responsibility to his children including the importance of connecting them with nature. Then I looked down at his daughter and asked her if she wanted to see some turtles. She said “yes.” Then I asked had she ever chased squirrels, climbed sparkly rocks, or chased clouds. A shy “no,” was her reply. Her dad raised a brow and shrugged I was a “tree hugger” but I could tell he was a dad who adored his little daughter. I mentioned that in less than a New York minute he could go to www.centralparknyc.org and see why Central Park is such a landmark in the big apple. But to his daughter I whispered, “Or you could just tug your daddy’s arm when you leave the building and head left just a few blocks.” She giggled, I smiled, and daddy was on his way!

Let’s go Chipper into the Great Outdoors and explore our parks and natural spaces! 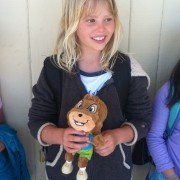 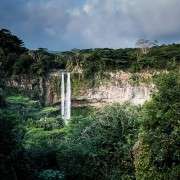 The Importance of Rainforests

Parks are Free For Exploring